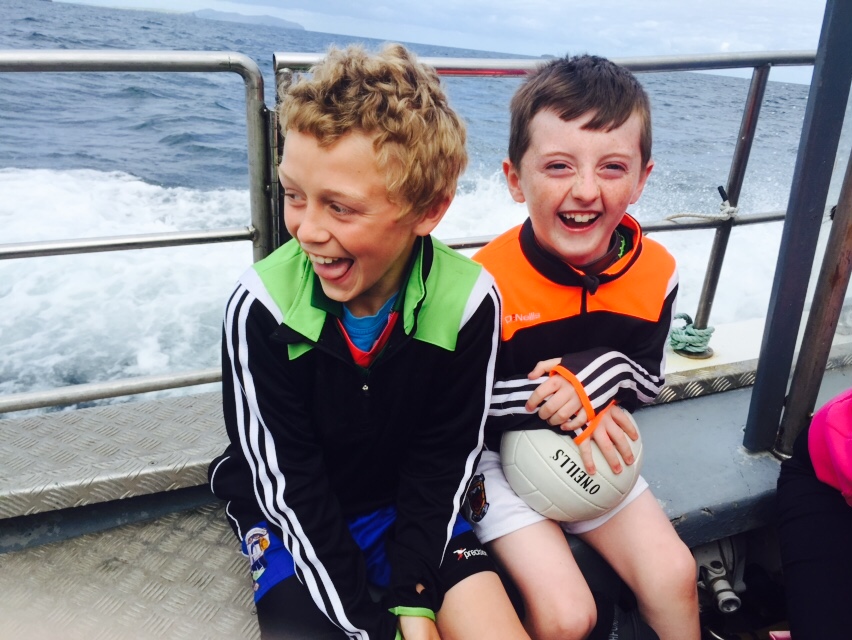 It was an early start for pupils and staff at Lehinch Primary when we set off for Clare Island to compete in a gaelic football blitz followed by a cycle around the island and some beach activities.  We boarded a small boat at Roonagh Pier along with more small schools who were excited about their day out.   After a 10 minute boat ride, we disembarked the boat and walked to the community centre, where we had a meet and greet and received the schedule for the blitz.  We met more pupils from other one and two teacher schools around Mayo.  We won our first game against Glenheist N.S and Drummin N.S but were defeated by Clare Island N.S.  The pupils enjoyed building sand castles on the white sandy beach and the stroll around the island taking in the views of Clew Bay and Gráinne Mhaol Castle.  The castle was strategically located on the island by the famous pirate queen to levy taxes on foreign sea vessels.  The pupils cycled 10 miles around the island observing the untouched, ruggedness of the island and taking in the panoramic views of the wild atlantic ocean.