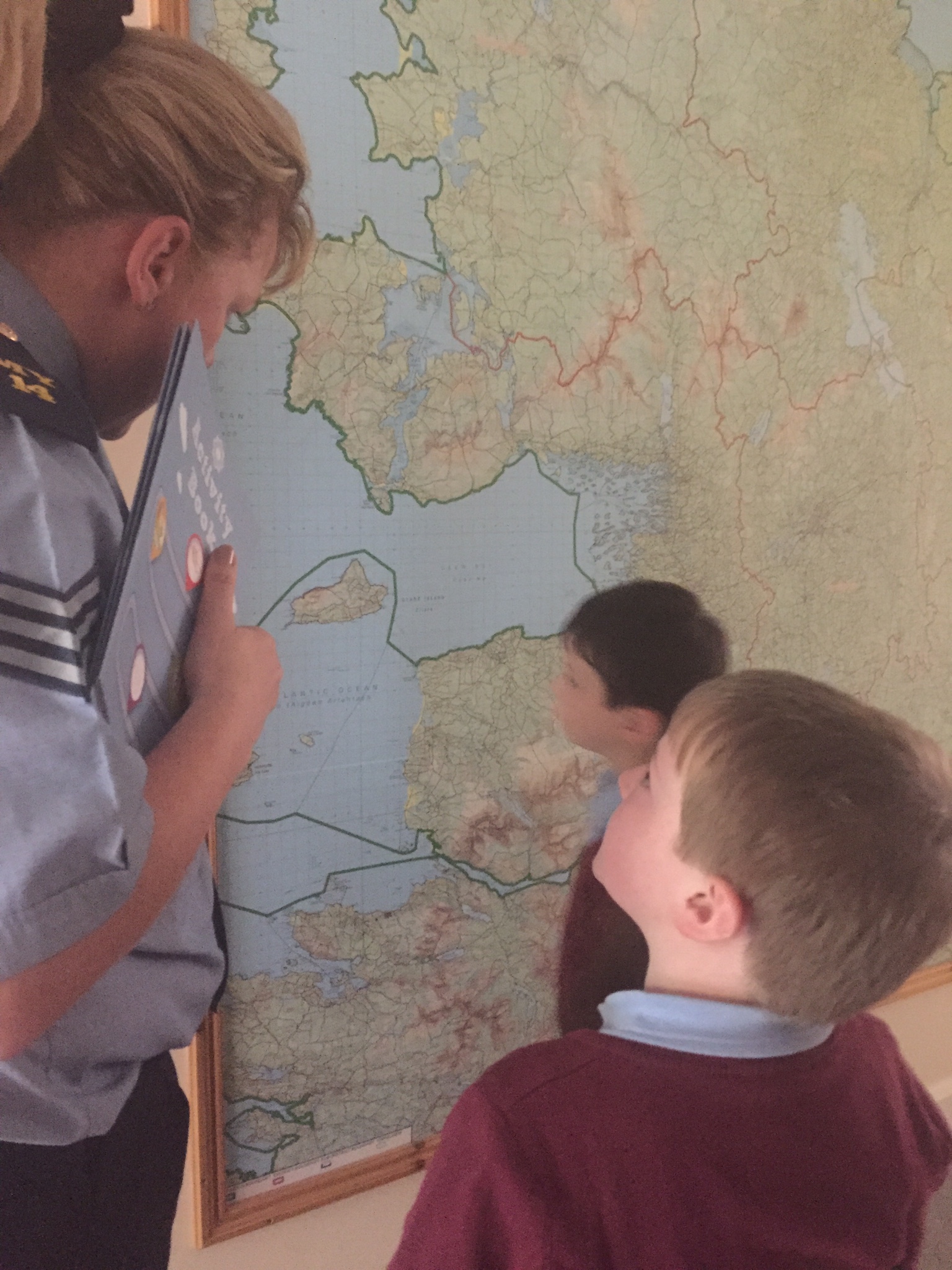 Today the infants got to do a tour of the Garda Barracks in Claremorris.  Sgt.Brigid McGowan showed them all around the building.  They were introduced to the detective, all the guards on duty and the administrative staff.  It was really exciting when they were shown the squad car and the siren was turned on…..”So loud!!”

They were shown the interview room where the guards take suspects for questioning and afterwards they were shown the cells where people are held for commiting criminal offences.  The thought of having to spend a night in the cell wasn’t very appealing but the guards said they wouldn’t have to worry about anything like that as they were just so good.  The detective was reassured when they promised they would call them if they saw any of the criminals they were looking for.

Sgt.McGowan told them that Christmas is a very busy time at the Garda Station as Santa pays a visit asking them about all the boys and girls who should be on the ‘nice’ and ‘naughty’ list.

John Dean told the guards that he wants to be a farmer when he grows up and that when his lamb ‘Lucky’ got lost he didn’t need to ring them for help because he found him himself.  Sophie and Dylan said they would like to be teachers when they grow up as they thought it was an easy job. (Aa hem!!)

The guards asked them what would be the first thing they did when they got into the car and they very quickly replied that they would put on their seat belts.  Sgt. McGowan showed them the really detailed maps of Connacht on the walls and explained that they used the map to identify places around them.

Afterwards the pupils paid a visit to the library.  We set up an account for our school and we’re allowed to take out 15 books at a time but we must remember to return or renew them after three weeks.  We picked out lots of lovely books to read for ourselves and the seniors who were back at school working hard with Miss Mullarkey learning all about Ancient Egypt.  As a special treat we got hot chocolate and gingerbread men from Múinteoir Síle and then we stopped off at the playground for some last minute fun.

What a cool day!